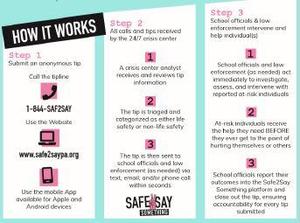 Ho Ho Ho,
Can you believe how close we are getting to the big day?

I can hardly recognize the workshop these days. There is ribbon and glitter everywhere. It's a far cry from the tidy shop that Santa keeps in the summer. No matter. It doesn't hamper the joy we're all feeling.

The helper elves are sitting down to write the letters from Santa. Thanks to those of you who have included your family in our tradition.

If you haven't yet, there is still time. All you need to do is fill out the form and get payment to us by Dec. 16th.
Read More » 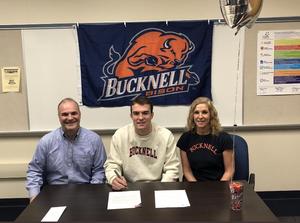 Walley Signs Letter of Intent to Bucknell University for Wrestling

Senior Austin Walley signed his NCAA Division I Letter of Intent to Bucknell University. Walley has a career record of 94-24. He was a two-time Sectional Champion, two-time MAC Champion, third in the WPIAL as a sophomore, second as a junior and fourth in the PIAA State Championships as a Junior. Walley is also a three-time USA Wrestling national qualifier in Freestyle and Greco-Roman. Walley will compete at the 195 pound weight class as a senior for Ellwood City. Bucknell competes in the prestigious Eastern Intercollegiate Wrestling Association. Teams include wrestling powerhouses, Lehigh, Penn, Cornell, Army, Navy, Harvard, and Princeton along with other schools from the EIWC.
Read More »
RSS Feed